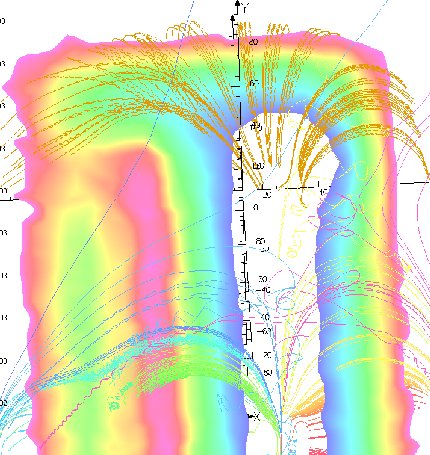 A collaboration between Gencoa and the University of Liverpool has resulted in a Monte Carlo code that can predict the plasma distribution and target erosion for any magnetron geometry and magnetic array type.

The code uses data supplied by the 3D finite element modelling of the magnetic field to predict the electron movement and ionization impact over the target surface in 3D.

The software allows direct simulation of the target erosion, eliminating the need for a plasma test in the design process. This powerful tool allows the optimization of existing magnetic designs and the creation of new magnetic designs with minimal testing and risk.

The use of 2D & 3D magnetic modelling is the first stage in the simulation process. It resolves the magnetic problem and provides accurate magnetic data such as field strength and electron trajectories at any position over the target surface. 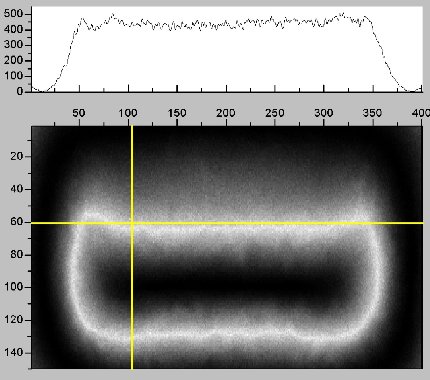 Initial positions are generated with a probability distribution based on the shape of the magnetic loop. At the beginning electrons are generated with Maxwellian distribution with temperature 5 eV, while ions are at room temperature. During the process the particles interact with each other as described further, and also they interact with the borders – at the target there are secondary electrons produced by ion bombardment, at the plane of the symmetry the particles are mirrored to the other half of the geometry, and on the other borders particles disappear. During the time they undergo movement under the influence of the electromagnetic field and their positions are being recorded as shown. Collisions are generated using the null-collision technique according. Instead of evaluating an immediate probability of a collision each step of the trajectory calculation, the time of free flight is calculated from the maximum cross section (see right).

The example below illustrates a scanning FFE type plasma in terms of ionization distribution and target erosion depth. At any point in time the erosion can be estimated and then the results are averaged over time to provide the final end target erosion and to optimize the magnetics.

This modelling has been put to good use. As an example, Gencoa are so confident of the performance of the high yield (HY) magnetics that we will refund the HY cost if at least 40% of the target is not achieved (by weight). This based upon a 100, 125, 150 & 200mm wide bonded target type under normal operating conditions. The actual target use should be 50-60% - anything less than 40% and you will get the cost of the HY magnetic supplement refunded. 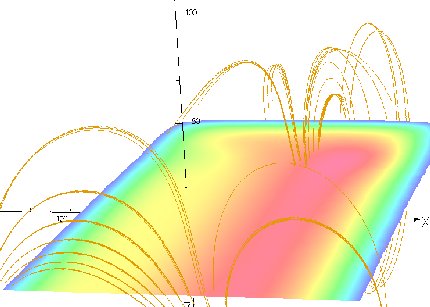 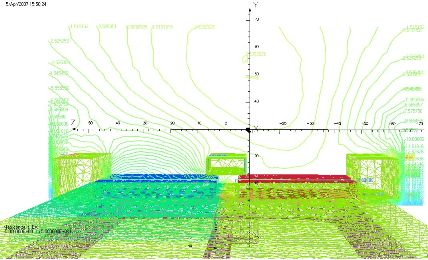 Gencoa currently use both 2D and 3D finite element modelling packages to create magnetic field designs specific to customer requirements. Factors that are taken into consideration include magnetron size and type, target material, target thickness, process requirements and any ferromagnetic components that may be present in the vacuum chamber. Once the magnetic array has been designed, a magnetic field picture is generated from which valuable information can be gained such as magnetic field strength and shape, level of balance and erosion points. This information is then used to optimize, for example, target erosion, coating uniformity, anode position, substrate position and substrate bombardment. To create a perfect design many factors need to be taken into account with several iterations of any design required.

The use of 3D magnetic simulation is essential due to the complex nature of some of the Gencoa magnetic designs. The standard magnetics are a simple 2 pole design, seen above. The high yield (HY) type magnetics are a more complicated multi-pole system which controls the plasma better to improve target use. The rectangular and circular FFE type magnetron has a high speed scanning magnetic field which requires 3D time-resolved analysis to provide the picture of the field and enable the design to be optimized.

Gencoa also simulate and design magnetic systems for other manufacturers' cathodes. These can be magnetic packs to be retrofitted into the existing magnetron to improve the performance of the product in terms of either target use or coating uniformity.

The generation of the magnetic model is the first stage in the optimization process. The data is then used to predict the plasma distribution and target erosion in 3D which ensures the best possible target use.